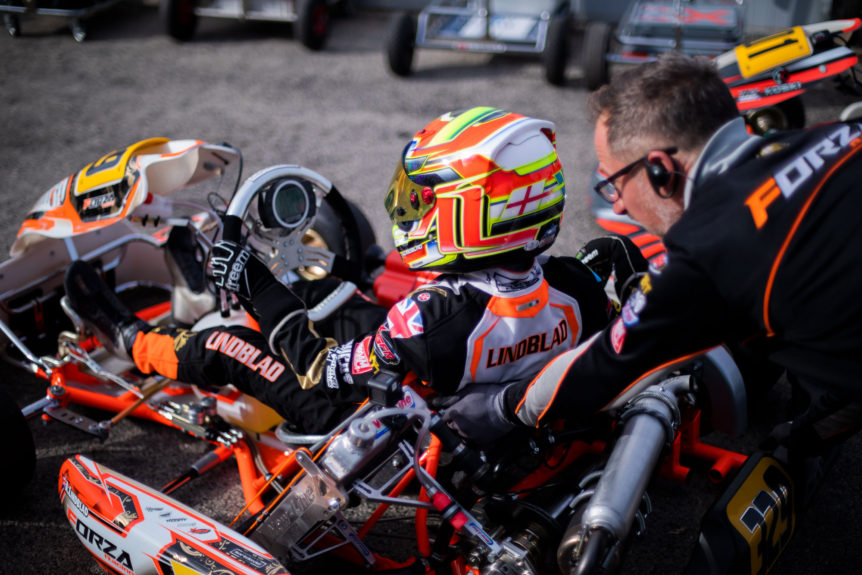 Forza Racing is ready for their two weeks in Sarno where, at the Naples International Circuit, the last act of the WSK Super Master Series and the first of the WSK Euro Series will be staged.

This is the team’s line up:

So far the team has shown itself to be competitive, not only for its victory in the WSK Champions Cup, but also thanks to the solid performances put in by its drivers in the Winter Cup and the first three stages of the WSK Super Master Series.

This allows Forza Racing to look forward to the double transfer in Sarno on a definitively positive note.

Jamie Croxford, Team Owner: «In Sarno, with milder temperatures, we’ll better understand what the values ​​are in the field. Already in La Conca, where it was warmer than in Adria and Lonato, we saw that we had the potential to stay ahead. We’ll see what happens in Sarno; we’ll be ready.»

The WSK Super Master Series last round will start on Thursday 21st with Free Practice, which will leave space, on Friday, for Qualifying Practices and the first Heats, which will be concluded on Saturday. Sunday will be the moment of the Prefinals.