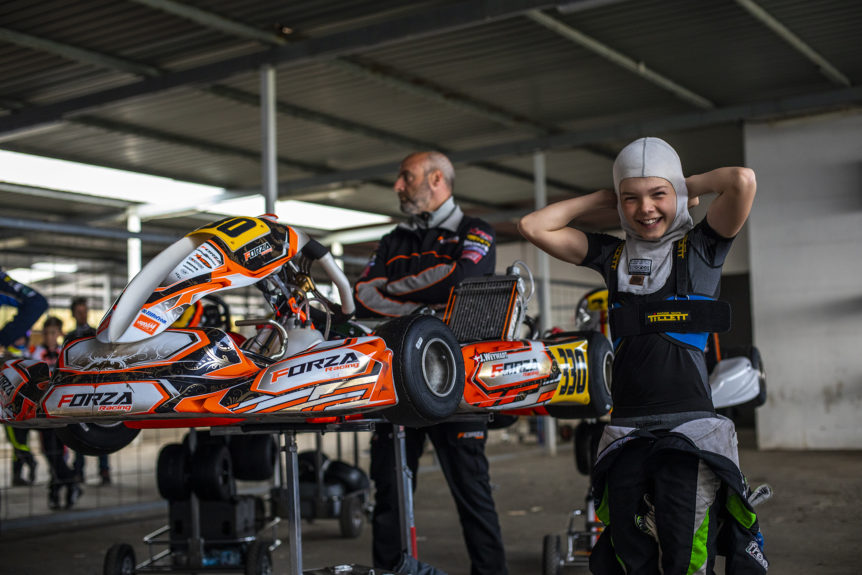 After a week off from competitions, coming after 3 race weekends between Italy and France, Forza Racing is ready to get back on track in the first round of the FIA Karting European Championship in Angerville, France.

We will have 6 drivers competing, equally divided between OK and OKJ, namely:

The objective is to continue along the lines of the first part of the season, where our drivers performed well, demonstrating remarkable driving skills, even fighting for the final success.

Jamie Croxford, Team Principal: «In France the European championship begins, one of the most prestigious competitions in Europe and beyond. Many, in fact, are the drivers who come from other continents and this makes the FIA Karting European Championship a significant opportunity to see the values of the drivers and teams competing. I have a lot of confidence in my boys and I’m sure they won’t let me down.»

The first round of the FIA Karting European Championship begin on Friday 19 with the Official Tests, with the heats on Saturday 20. On Sunday 21, the heats end and the Finals take place.