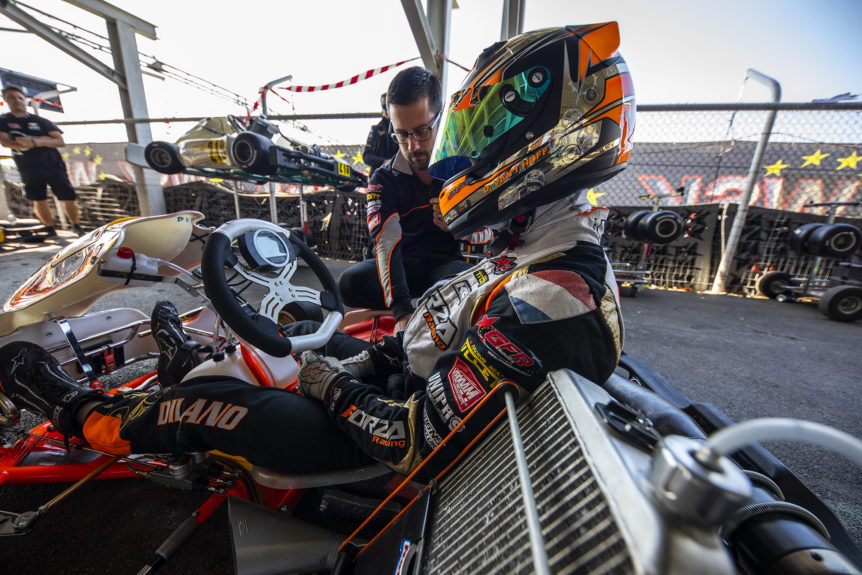 After the long start of the season in Italy, it’s time to move to France where the FIA Karting OK & OKJ European Championship will begin on 19 April.

Our team has already reached the Circuit International Gabriel Thirouin, where last weekend we took part with five drivers at the FFSA French Championship race. The drivers:

All five drivers showed good pace, although some like Stadsbader and van T’Hoff ran into some unfortunate episodes which stopped them from expressing their full potential. We did get a podium, thanks to Kharitonov, second in the Coupe de la Ligue.

With these assumptions, the team looks to April’s top event, namely the first round of the European Championship, at which time the Chinese driver Xizheng Huang will also return to the wheel.

Jamie Croxford, Team Principal, explained the reasons for his absence in the FFSA test race: «The following is necessary to explain the reasons for my absence from the track. Immediately after the WSK Euro Series round in Sarno, I underwent knee surgery, which forced me to stay at home. I’ll be back on track to support my team starting from the European race.»