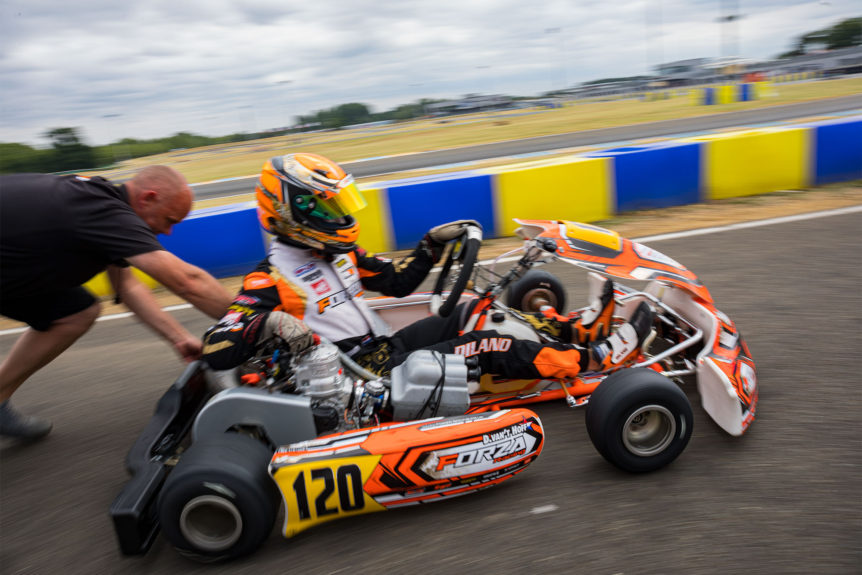 Forza Racing is ready to do battle in the FIA ​​Karting OK / OKJ World Championship, staged at the Mika Salo Circuit in Alaharma this weekend.

The team has good memories of the Finnish circuit, with the race and the OKJ European championship won with the British driver Jonny Edgar in 2017.

This is the 2019 FIA Karting OK & OKJ World Championship line up:

Reading the line-up, the names of Paolo Ferrari is immediately apparent, as he will be part of the team for this race.

Jamie Croxford, Team Principal: “It’s a thrill to return to Finland after winning the 2017 European Championship. Clearly today the conditions are different, especially in light of the controversy faced in recent days. However, we as a team will guarantee our drivers the best possible conditions to achieve the desired results. It is also with great pleasure that I welcome Paolo.”

The FIA ​​Karting OK / OKJ World Championship starts on Friday. This will be the day dedicated to Free Practice and Qualifying Practice, with heats between Saturday and Sunday morning. Finally, on Sunday afternoon, the two finals shall be staged.