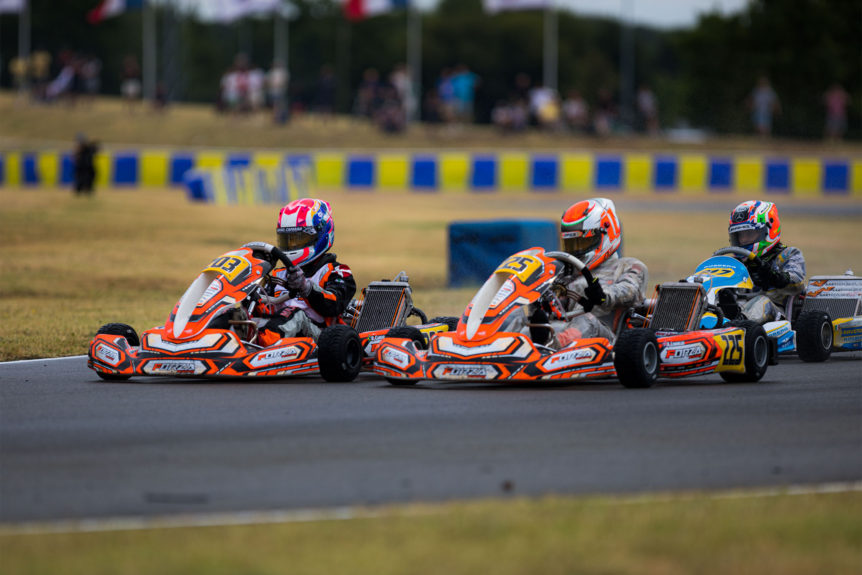 After the recent announcements, Forza Racing is ready for the season’s final rush which will include the three WSK Promotion appointments and the Trofeo delle Industrie.

The long month of engagements between Lonato, Adria and Castelletto will begin this weekend at the South Garda Karting with the first round of the WSK Open Cup, where the English team will be present with 7 drivers.

Jamie Croxford, Team Principal: “There will be several new faces in the team this weekend, I’m talking about Max, Alfie and Maxime. For us, making them feel at ease right away is an exciting challenge and we can’t wait to get started. We haven’t run officially since the World Championship; we missed race weekends.”

The weekend will officially start on Friday with Qualifying Practices. Saturday will be the day

entirely dedicated to the Heats. On Sunday there will be Pre-finals and Finals.