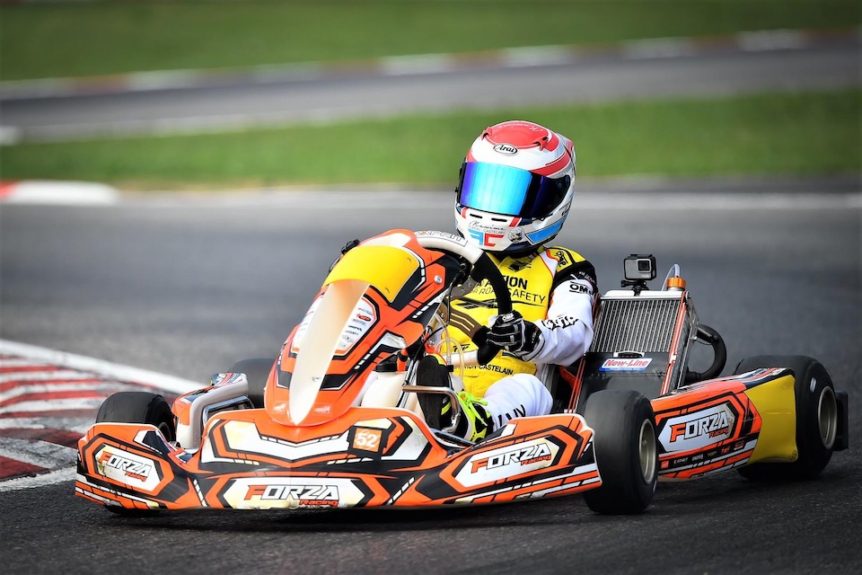 Forza Racing Team is pleased to welcome Maxime Furon-Castelain for the rest of the 2019 season.

Jamie Croxford, Team Manager: «I am delighted to annonce the arrival of Maxime to the team. He is a young driver with high speed and great driving attitudes. I wish him a future full of success with Forza Racing.»

Maxime will start its program on Thursday 24 October with the first round of the WSK Open Cup at the South Garda Karting of Lonato, Italy.