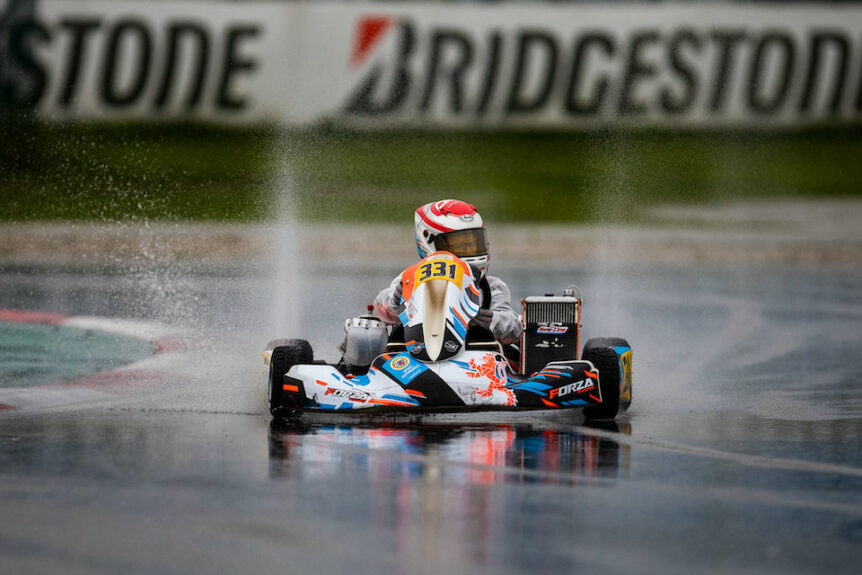 All our Senior drivers did their best to maximize the result and take advantage of the potential literally in their hands. Despite the difficulties linked to the slippery track, Dilano van T’Hoff finished in top10, in 7th position. After a complex start, Rafael Camara finished in 14th position, having shown a good feeling with the Senior engine despite it being only his second race with the 125 OK Senior engine. Gilles Stadsbader closed 19th due to a slightly subdued final, for circumstances beyond our control. However, the Belgian showed a good pace throughout the weekend.

OKJ – Dodds “fires up” in the Final

Maxwell Dodds is the only Junior to gain access to the Final, despite it being his first time at the Adria Karting Raceway. Maxwell closed in 25th position with a recovery of 6 positions with respect to his place on the starting grid. Jonathan Weywadt and Maxime Furon Castelain (him too at the first contact with Adria), on the other hand, were forced to quit the contest prematurely, despite having done everything possible to take home the best possible result.

Jamie Croxford, Team Principal: “This was the 8th year in the life of the team. It’s been a very long season in which we took home several victories and went close to winning the OKJ world title. Overall, I’m satisfied with the team’s work and I’d like to thank all the mechanics, the drivers and their families, as well as our partners.”