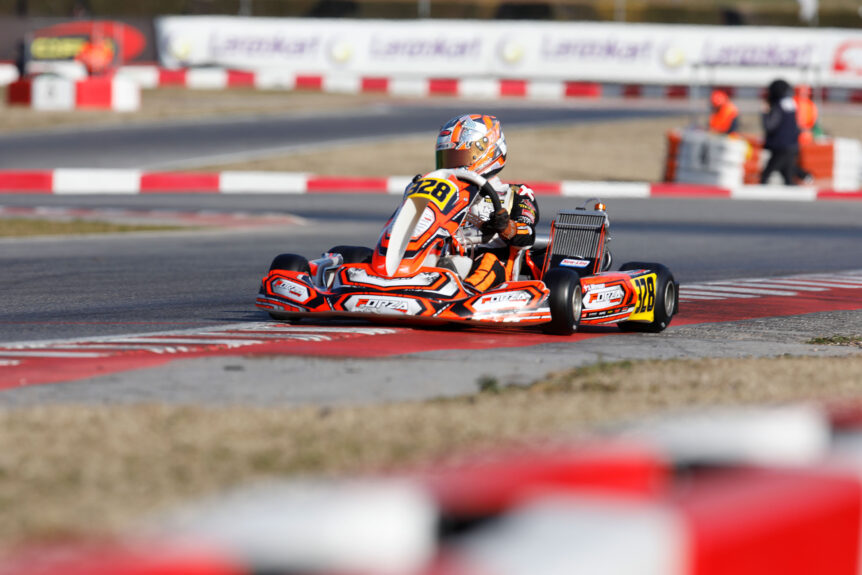 The result betrays what was the real potential shown by Forza Racing at South Garda Karting on the occasion of the 2nd act of the WSK Super Master Series.

The British team, especially in Senior, once again showed it can definitely run at the top; in Junior, too, despite a few unfortunate episodes, the overall performance was not lacking.

OK – Van t’Hoff on the front row in the Final, Camara group pole in qualifying

The 5th final position fails to give credit to Dilano van t’Hoff’s weekend; after the 2nd place in his qualifying group, he was the protagonist of a weekend in crescendo in terms of performance. After the Prefinal victory, van t’Hoff, who took 2nd place, was among the candidates for the win. Various embattled phases of the race then relegated him to P7.

Xizheng Huang, on the other hand, left everyone speechless with a splendid Pre-final on Sunday morning, in which he finished 3rd, after having long threatened the leadership. In the Final, however, a retirement prevented him from showing his potential.

Rafael Camara, after the group pole position and an excellent Saturday, was forced to abandon the dispute due to a retirement in the Prefinal. A problem with a set of tires irreparably stained the weekend of Gilles Stadsbader who was unable to reach the final phase.

Maxwell Dodds, after winning the first international heat in the Winter Cup, confirmed his good feeling with South Garda Karting to close in 6th place, in the front group, with a recovery of 7 positions.

Jonathan Weywadt, Gustaw Wiśniewski and Maxim Furon-Castelain, despite having shown noteworthy fighting spirits, failed to reach the Final due to circumstances beyond the performance of their means. Furon-Castelain from Luxembourg paid most of all, and he also suffered a minor hand injury in the last heat.

Jamie Croxford, Team Owner: «It was a weekend with ups and downs, where the potential was certainly not lacking. All our drivers showed lots of character and the men of the team, after the winter reshuffle, are settling in well. I’m confident for the future.»

Forza Racing has already left for Muro Leccese, where the 3rd act of the WSK Super Master Series will be staged on the weekend of 8 March.