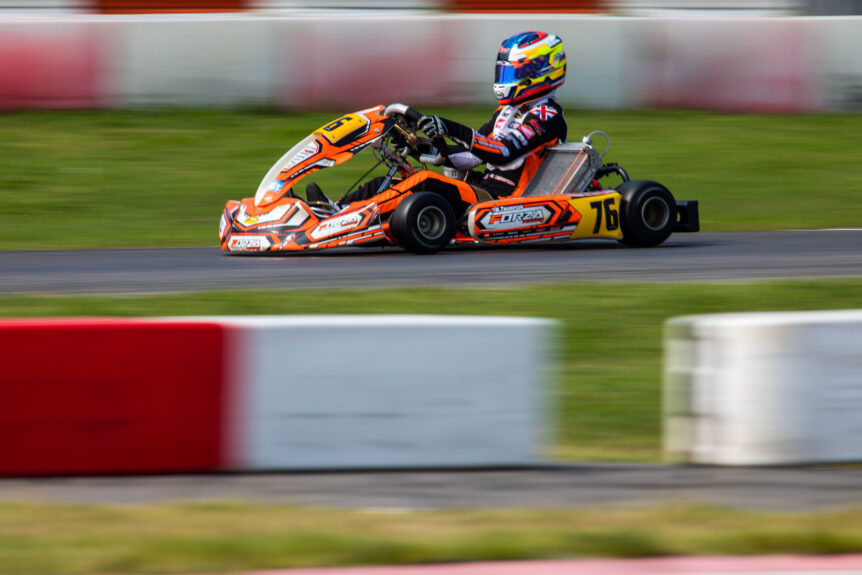 For the first time in its history, Forza Racing is ready to face the KZ2 Super Cup, which will be held at South Garda Karting from 1 to 4 October this year.

The team will field Harry Thompson, who added the KZ2 program to the OK one for which he arrived in August. For the Briton, this will be the first FIA Karting competition in KZ2, and it comes after the double race in Lonato and some appearances at the beginning of the season.

Forza Racing will also support Jonathan Weywadt and Maxime Furon-Castelain, who will compete in the last act of the FIA ​​Karting Academy Trophy.

Jamie Croxford, Team Manager: «For the whole team and me, it is a stimulating challenge, it is the first time that we participate in an FIA competition in the shifter class. I trust in the experience of my staff and in Harry’s abilities to achieve the maximum possible.»

The weekend of the KZ2 Super Cup and the Academy Trophy will start on Friday with the Qualifying Practices; Saturday and Sunday morning will be the heats’ time, while the drivers will race the finals in the afternoon.