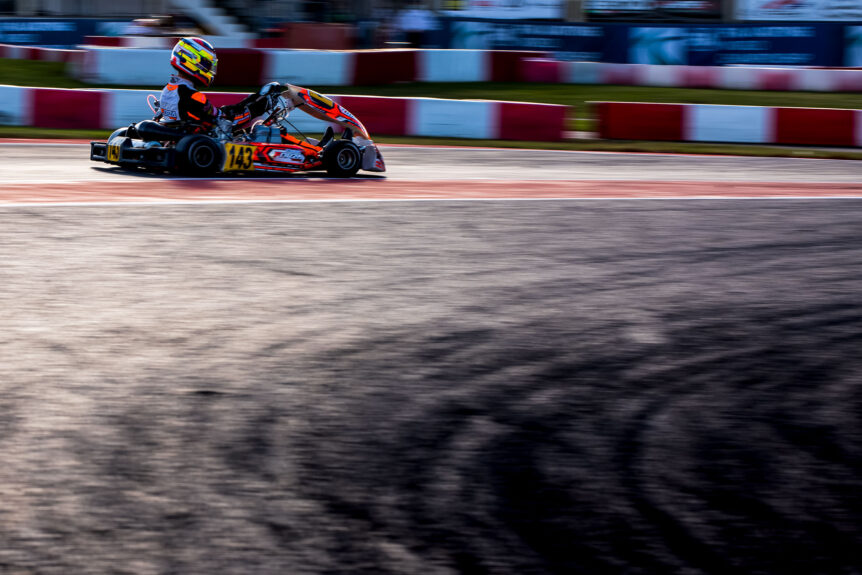 At the famous South Garda Karting, the team was present with the Briton Harry Thompson, who was at this second appearance in the shifter class with the black and orange team and his first in the FIA Karting Championships.

The weather has been a determinant factor for the race, the rain fell for the Qualifying Practices, disappeared from the third heat, and forced Thompson to rapidly adapt himself to the dry asphalt condition.

In the Qualifying Heats, he finished 3rd in his group, 9th overall. In the 5 heats raced, Harry easily maintained the top10, and this allowed him to start from row 6 – 12th place – in the Final.

In the Final, after a good start he was forced to retire due to a crash.

Jamie Croxford, Team Manager: “It has been a very good weekend, despite the final result. Harry quickly improved, and he has been competitive in both wet and dry conditions. This makes me proud.”

The team will now return to prepare the next appointments, the RGMMC Champions of the Future round 3, and the FIA Karting OK & OKJ World Championship.