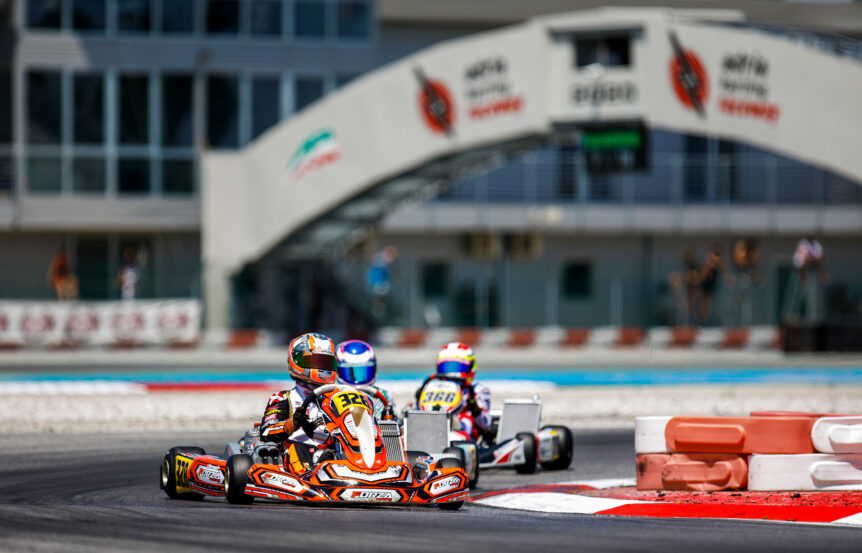 The team is ready to return officially on track after the FIA ​​Karting World Championship of Portimao. This week in fact, our drivers will attend the 2 rounds of the WSK Open Cup.

As happened for the WSK Super Master Series in Adria and the WSK Euro Series in Lonato, the drivers will attend both the event in the same week.

The team will be present with 4 drivers: Jonathan Weywadt, Gustaw Wiśniewski in OKJ, and the new entry Nikolas Pirttilahti in OK.

Jamie Croxford: “We have to feel privileged to complete the entire international season despite three months of stop. I know that the drivers will have to give their best for the whole week. It’s not easy to race 2 rounds in a week time, but I’m confident that this is a great chance to grow up for everyone “.

The week’s program will start on Tuesday with the Free Practices, while on Wednesday, there will be room for the Qualifying Heats for both rounds. Thursday and Friday will be the moment for the Heats, while the drivers will dedicate Saturday to the pre-finals. Sunday will be the day of the finals.