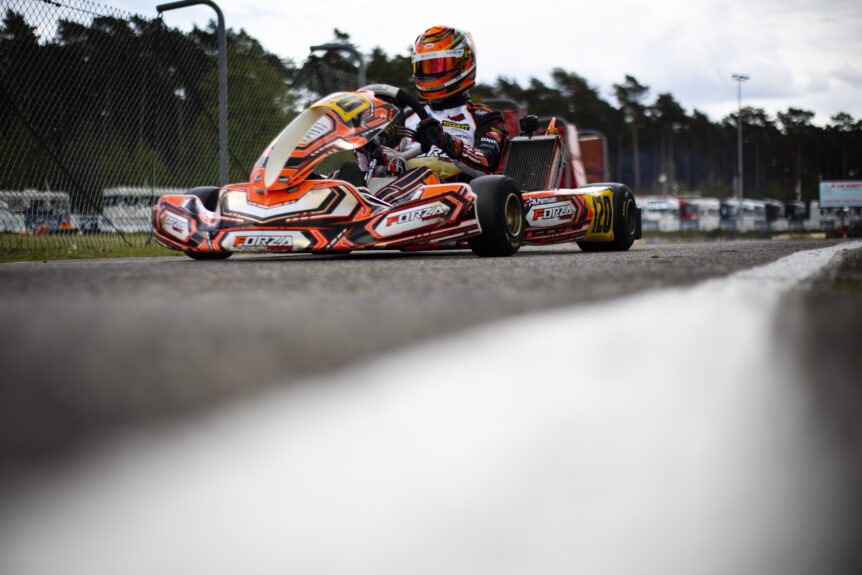 The first round of the FIA Karting OK and OKJ European Championship held last weekend in Genk was tough for the team.

The weather has been an important factor especially on Saturday when the rain made heats unpredictable. This hit the expectations of Yevan David, Mark Kastelic, Max Schlichenmeier (OKJ) and Gerrard Xie (OK). Gerrard also won his first FIA Karting heat but then he missed the access to the Final.

Sonny Smith (OKJ) and Ricardo Gracia (OK) made a good return in the Heats after a difficult Qualifying session, but they stayed out from Final for just one “penalty” point. A 5” spoiler penalty in the last heat played a decisive role on their result.

Nikolas Pirttilahti had a brilliant recover of 16 places – P17 at the end of the race, but a penalty pushed him back to P28.

Jamie Croxford, Team Manager: «Not the result we hoped for but we already turned page. Essay is getting closer and I want everyone at Forza motivated and ready to fight for something important in France. Let’s do it.»