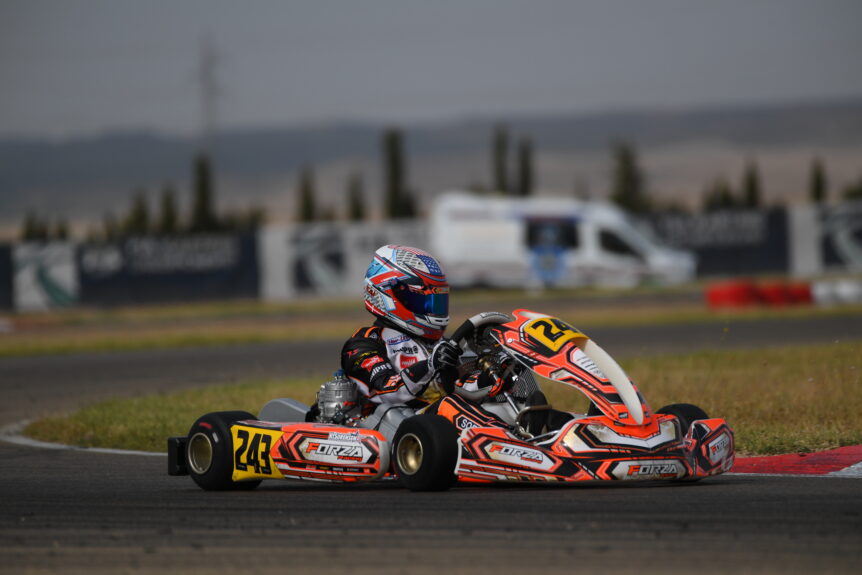 The 4th round of the FIA Karting OK & OKJ European Championship staged last week in Zuera put an end on the first half of the season.

Once again the technical package Exprit Kart/TM Engines tuned by GFR Engines proved to be competitive in all the conditions. Kai Sorensen scored his first FIA pole position at the Circuito Internacional de Zuera.

Sorensen set the overall pole position on Friday and also the event record. In the heats Kai has been unlucky and he remained involved in penalizing situations which excluded him from the victory game. The American scored 7th place in the Final after a return of 6 spots.

Mark Kastelic quit the Final earlier on Sunday, but this result didn’t tell the right story of his race. Mark in fact had 4 (out 5) top10 endings in the heats.

Friday’s qualifying results made things very hard for Yevan David and Edward Robinson. Both missed the access to the Final despite they showed good things in the heats.

Ricardo Gracia finished P20 in the final after a return of 16 spots. Ricardo was the best placed driver and he came from an encouraging P6 in his qualifying group.

Gerrard Xie’s Round 4 started promisingly with a 4th place in his qualifying group. The Chinese driver then had some ups and downs in the Heats. He finished 25th in the Final.

Nikolas Pirttilahti had a positive weekend till the last heat in which he remained involved in a crash. It costed him the qualification to the Final.

Jamie Croxford, Team Manager: “We had a bittersweet round 4 at Zuera. Once again we proved to be amongst the fastest of the field, but some mistakes and technical difficulties not linked to the staff made things harder for grabbing a podium ending. For sure we’re going on the right way – results will arrive.”