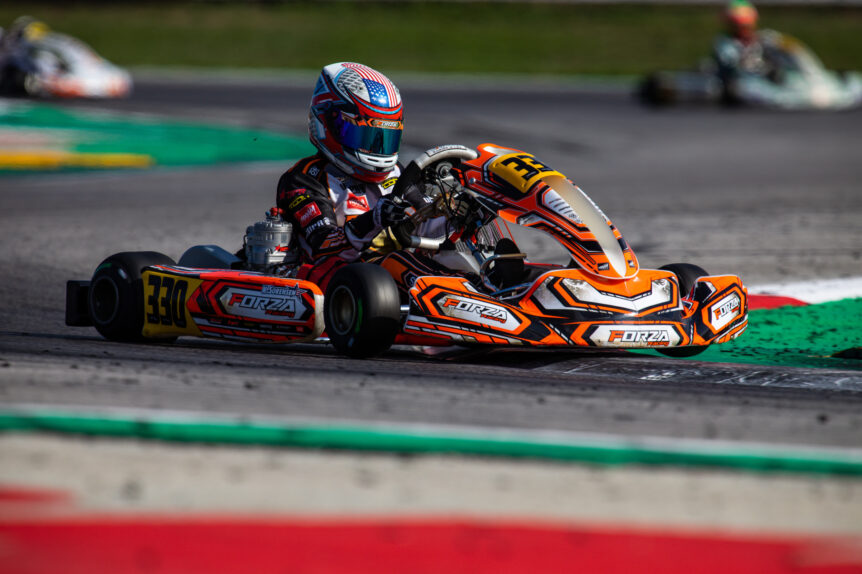 The race at Adria Karting Raceway put an end on the WSK Open Cup.

Forza Racing competed in OK and OKJ class with 9 drivers.

OK – Nicolò Cuman finished P12 in the final with a positive comeback of 10 spots. Cuman showed good speed on Friday but he struggled in the heats. At his second race in OK Mark Kastelic got the access to the Final, finishing the race in 19th place. Gerrard Xie suffered a 5” penalty that regraded him to P25.

OKJ – Kai Sorensen entered top10 (10th place) despite a 5” bumper penalty. Kai fought hard for all the weekend showing positive skills. Maciej Gładysz was 21st as his teammate Yevan David crossed the finish line as 24th. Difficult weekend for Kean Nakamura Berta, always among fastest but forced to recover after a messy qualifying session ended with Kean not registering a clear lap. In the final he was forced to retire. Eduard Robinson and Guy Elbag missed the Final access but they had overall positive weekend.

Jamie Croxford, Team Principal: “We expected something more. We had quite a complicated weekend, the speed was there but we didn’t gain what we deserved.”

The team will continue its preparation for the World Championship in Spain.